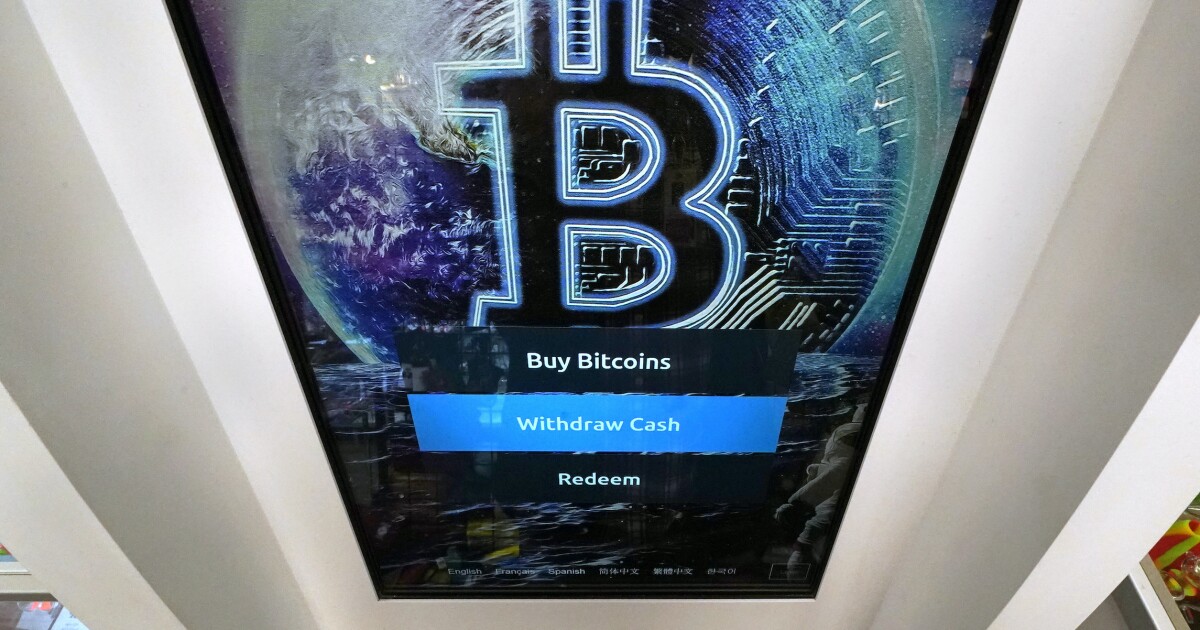 Cryptocurrency is a young person's game. Half of all U.S. millennial millionaires have at least a quarter of their wealth tied up in cryptocurrency — and my fellow zoomers appear to be even more interested in the world of decentralized finance. As Republicans struggle with an increasingly important youth voting bloc, embracing cryptocurrency could provide a path to electoral salvation.

Voters respond to financial incentives. We saw the power of the $2,000 stimulus checks promised during the pivotal runoff elections in Georgia last year. Democrats staking the unconditional cash payment on the election of their party’s nominees may have been what allowed them to eke out slim victories in the state. Why not replicate this, admittedly effective, strategy on a national scale? If Republicans want to shift the electorate in their favor, they must at least ostensibly support cryptocurrency.

When influential figures come out in support of cryptocurrencies, their values tend to rise. If Republicans could lead a concerted effort to develop a partywide policy platform supporting decentralized finance, the value of most cryptocurrencies would undoubtedly increase. Doing this would put money directly into the pockets of young people, building goodwill between them and the Republican Party. Following through and running on pro-cryptocurrency policies would provide a further incentive for young people to vote conservative as they could expect another financial boon if Republicans are elected and their agenda enacted.

Some would argue that the Republican Party must cede ground to the progressive Left on social issues to captivate youth voters. Not only is this philosophically unacceptable and prone to backfire, but it’s also unnecessary. Endorsing cryptocurrency does not require conservatives to cast aside their core principles in a devil's bargain just to win elections. If anything, doing so is well in line with established conservative thought and interests.

Republicans have, pretty much since the inception of the party, run on expanding individual economic liberties. Supporting the right of people to engage in novel financial systems is firmly embedded within conservative orthodoxy.

Perhaps more important than holding to ideological convictions are the substantive benefits that the proliferation of cryptocurrency could bring conservatives.

Established financial institutions have been (and will continue to be) weaponized against conservatives. Between high-profile conservative activists getting banned from payment processors and organizations such as the New York Times calling on banks to cease facilitating the sales of firearms they think should be illegal, life is fraught with examples of liberal activism masquerading as corporate policy.

Cryptocurrency, given the lack of centralized control over its use, cannot be leveraged in the same way as traditional banking. If cryptocurrency becomes a common medium of exchange in general society, it would inoculate conservatives against the efforts of woke corporations to impose the will of a very vocal, liberal minority.

Republicans need young people to vote for them. Unlike drifting to the left on social issues, a move that could alienate older voters and may not even attract younger ones, taking an amicable stance on cryptocurrency could both expand the electoral appeal of the party and work toward existing partisan goals. In other words, becoming the party of cryptocurrency comes at no discernible cost and could net Republicans substantial gains at the voting booth.

Sen. Joe Manchin to vote with Republicans in effort to scrap...