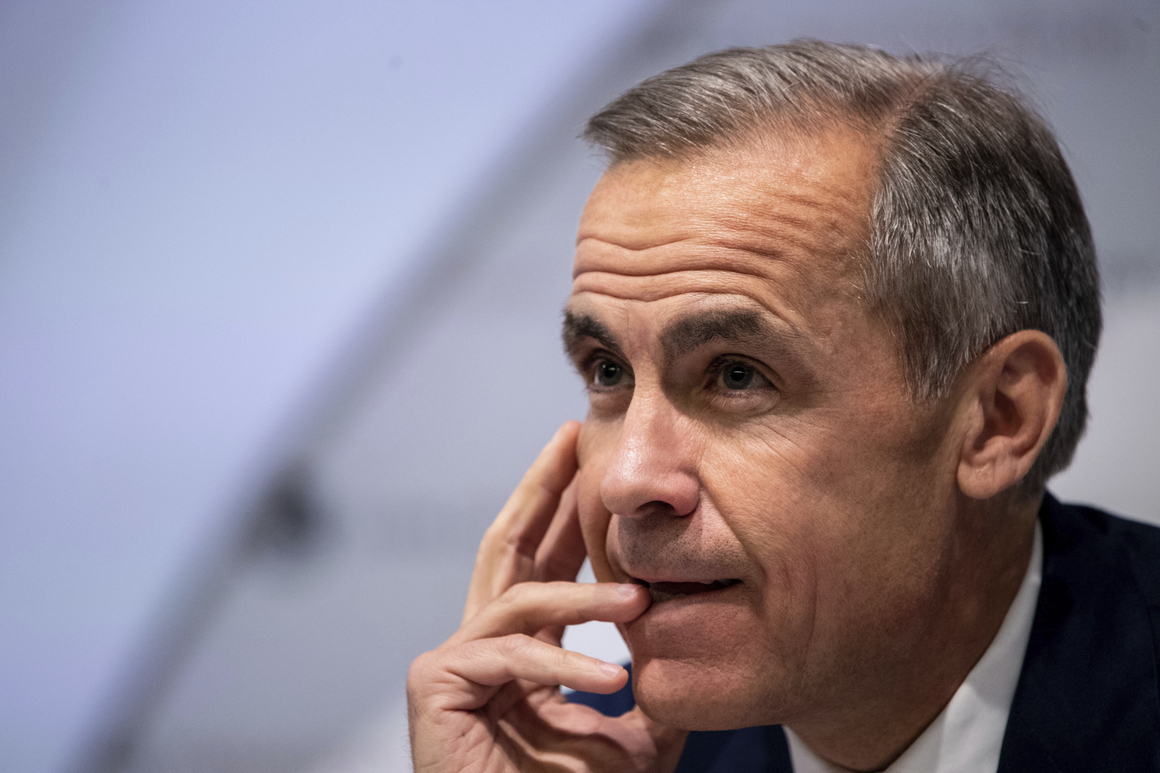 “There were elements of growth in the balance from what I can see and understand,” Carney said in a long response that didn’t directly answer the question. “It will take a few budgets to have the type of growth strategy that meets the imperative of what we’re going through and the opportunities that come.”

Politics and punditry: Carney’s remarks on the budget follow the political splash he made earlier this month by proclaiming his allegiance to Prime Minister Justin Trudeau’s Liberal Party.

Critics have challenged the recovery plan in Freeland’s budget for coming up short on a blueprint to truly bolster economic growth, even though it will cost taxpayers a record-breaking C$101 billion over three years.

The budget contained major commitments to invest in a greener economy, digitization and child care. Freeland says the child-care plan will, if it comes together, permanently boost GDP by 1.2 percent by increasing women’s participation in the labor force and creating jobs in the sector.

In his response on Wednesday’s podcast, Carney also told interviewer David Herle that there are times when there are “big shifts and where events accelerate big shifts.”

“Covid has absolutely accelerated both the digital and sustainable revolutions — and it is not an overstatement to say that those are revolutions,” Carney said. “We need to meet the challenges at that level. And I think the budget did some things in that direction, which are welcome, but it’s going to take more than one budget and I don’t think the government would pretend otherwise — that this is ‘job done.’”

The concerns: Budget watchers have expressed doubts about the overall plan.

Robert Asselin, a former budget director for Freeland’s predecessor Bill Morneau, wrote an item last week in The Hub under the title “The federal budget has no answers on the question of growth.”

Asselin, senior vice president of policy at the Business Council of Canada, wrote that it’s “hard to find a coherent growth plan” in the 739-page budget. He did credit the plan’s proposed investments in child care, skills, life biosciences and clean technology.

In particular, he noted that the budget itself shows real GDP growth is on track to fade over the budget’s forecast horizon to around 2 percent, which would be a return to long-run growth rates.

“After doubling our federal debt in only six years, and spending close to a trillion dollars, not moving the needle on long-term growth would be the worst possible legacy of this budget,” he wrote.

Focusing on the growth: Later in the interview, Carney described Freeland's plan as a “hybrid budget.”

“It had to conquer Covid, it was doing important things on the social side and it had the start of the growth,” Carney said. “What we’re seeing in some other jurisdictions is that the focus is more squarely on the growth.”

He said a tighter focus on growth would mean more of the spending would come in the form of direct government investments. Carney said it would also likely include tax changes and other measures to encourage private investment and the expansion of jobs and incomes that will be needed down the road.