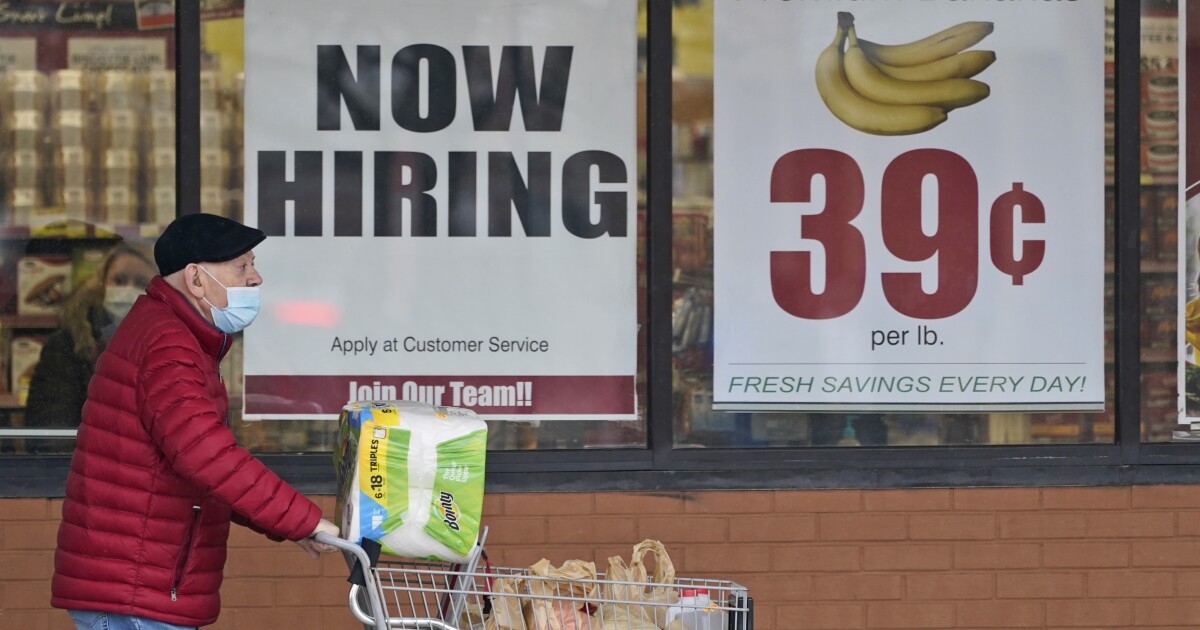 The economy grew a bit slower than expected in April and added 266,000 new jobs while the unemployment rate rose slightly to 6.1% as the country attempts to dig itself out of its pandemic-induced rut, the Bureau of Labor Statistics reported Friday.

Forecasters had anticipated some 978,000 new nonfarm payroll jobs, more than the 916,000 jobs added in February. The unemployment rate had been forecast to drop from March’s 6% down to 5.8%.

The news comes after the jobs reports for both February and March blew past the predictions of analysts, and the Federal Reserve’s economic outlook for the future continues to be increasingly positive.

The major factor contributing to the country’s rapid economic rebound is the reopening and expansion of businesses that were impacted by the COVID-19 pandemic. The health crisis shuttered many businesses in the U.S. last year and unemployment hit a staggering high of 14.8% in April 2020.

The retail and restaurant industries were hit particularly hard by the pandemic, which forced people inside and created hesitancy for some to venture out to the stores and restaurants that still had limited capacity. The vaccine rollout and increasingly eased restrictions are now providing people with a sense of relief and more people have begun venturing out and infusing money into the economy.

At least 45% of the U.S. has received at least one dose of the COVID-19 vaccine and 32% are fully vaccinated. That number is much higher among vulnerable populations, with 83% of those 65 or older having a least one shot and more than 70% fully inoculated.

“Prospects for growth in 2021 have brightened on vaccine progress that is allowing restrictions to be lifted and a more complete reopening of the economy,” said Rubeela Farooqi, chief U.S. economist with High Frequency Economics.

The forecast for the coming months is also bright. The Federal Reserve Bank of Atlanta projected Tuesday that GDP growth for the second quarter will be even higher, at 13.6%.

Despite the positive growth and optimistic predictions, the Federal Reserve has maintained its stance against hiking interest rates from their near-zero levels. Fed Chairman Jerome Powell has indicated rates won’t be raised until there is sustained 2% inflation and full employment.

The Fed’s stance coupled with President Biden’s historic spending is concerning to some economists who fear too-high inflation. One of those is Larry Summers, who served as treasury secretary under President Bill Clinton and director of the National Economic Council under President Barack Obama. He recently said that “all the signs are for inflation starting to break out.”

Treasury Secretary Janet Yellen also raised eyebrows this week when she indicated that the Fed may need to raise interest rates to prevent the economy from overheating. She later walked those remarks back a bit and said that while she doesn’t think there will be an inflationary problem, the Fed could be counted on if there is one.