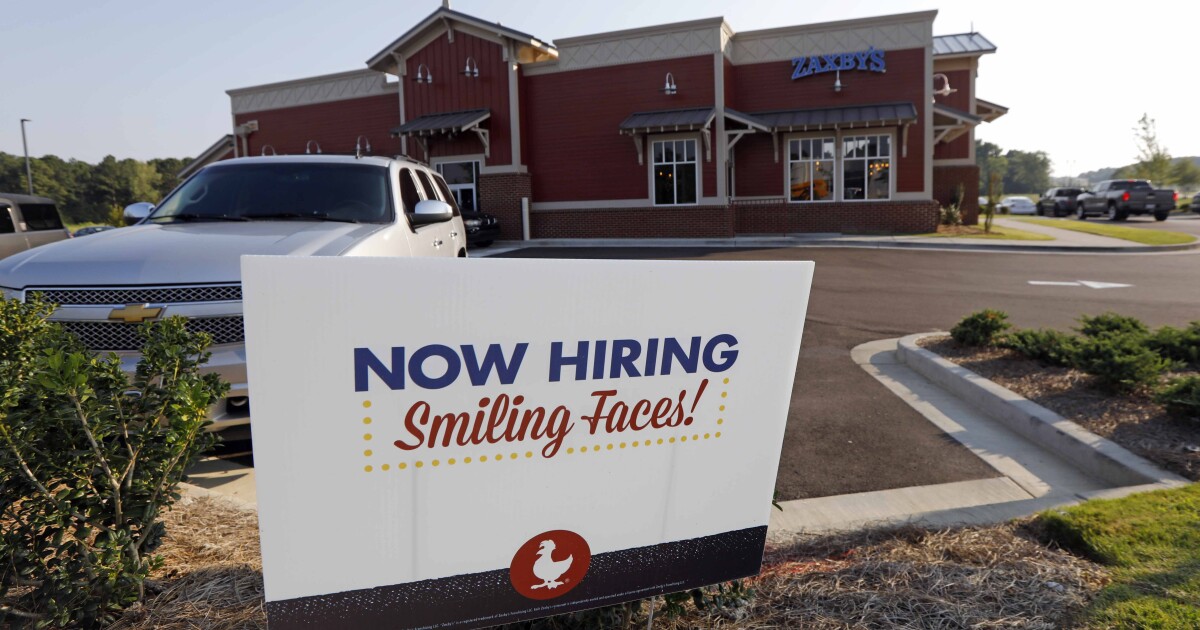 The economy rebounded and added 850,000 new jobs in June, a welcome result after two months of disappointing growth.

The unemployment rate slightly increased to 5.9%, the Bureau of Labor Statistics reported Friday.

The numbers exceeded expectations, with the consensus among economists being that 700,000 jobs would be added, and unemployment would drop from 5.8% to 5.7%.

Employment in the leisure and hospitality industry grew 343,000, another strong showing, as pandemic-related restrictions continued to ease across the country. More than half of those job gains were in restaurants and bars as vaccination rates increase.

Roughly 67% of U.S. adults have received at least one dose of the COVID-19 vaccine, and 58% are fully vaccinated. That number is much higher among vulnerable populations, with 88% of those 65 or older having a least one shot and 78% fully inoculated.

The June jobs report was hotly anticipated, with Republicans characterizing it as a make-or-break moment for President Joe Biden’s economic agenda.

Friday’s report is good news for the Biden administration, which has faced criticism for an apparent labor market shortage. Some employers are having trouble finding workers, which GOP states are blaming on supercharged federal unemployment benefits.

Twenty-five states, all Republican-led, have announced that they would opt-out of the federal unemployment benefits boost before it sunsets in September. Arkansas, Florida, Georgia, Ohio, Oklahoma, South Dakota, Texas, and Utah are among some of the states that have already ended unemployment benefits. South Carolina did so on Wednesday, Maryland and Tennessee will do so on July 3, Arizona on July 10, and Indiana is set to do so on July 19.

Friday’s jobs report follows a Thursday report from the Labor Department that found jobless claims were less than anticipated. Some 364,000 people filed for unemployment, beating economists’ predictions of 390,000 doing so.